What can a student do when he’s been humiliated by some bullies? To see the film’s trailer click here.

The Period 4 Digital Video Arts Class produced this short film during the Spring 2014 semester. See below for the credits. For a printable copy of the film’s poster, click the image below to open it, then right-click to download it. 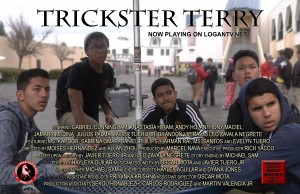